MERLIN THE ENCHANTER, MASTER OF NATURE AND bearer OF UNIVERSAL KNOWLEDGE

We often think of Merlin as presented in the popular Disney movie: a quirky magician with a long white beard and a pointy hat… And yet, there is much more to his story…

As all mythological figures, Merlin was conceived in an extraordinary fashion: he is the son of the devil and of a pure young maiden. Neither a man, nor a god, he is a prophet and a bearer of knowledge. He first appeared in literature in the twelfth century in the Prophetia Merlini by Geoffroy de Monmouth. His characteristics evolved with time and with the imagination of the many writers who told his story: in turn a druid, an enchanter, a diviner, a savant with perfect knowledge of the symbolic and healing value of plants, and shapeshifting powers, he is also known as the close adviser to King Arthur…

Throughout time, men have been fascinated by Merlin. In the nineteenth century, local intellectuals supposedly found his tomb right here, in Broceliande… More on that below…

Is Merlin dead in the current sense of the term? Legend has it that it is love that caused Merlin’s downfall. The fairy Vivien, wishing to keep him with her for eternity, is said to have trapped her master and lover in a prison made of air from which silvery curls sometimes escape… A phenomenon perhaps too abstract for rational Homo sapiens, and so it seemed easier to picture the famous magician as the prisoner of a tomb.

Before the site of Merlin’s tomb was partially destroyed in the nineteenth century, the monument was a megalithic tomb: a 12-metre-long red-schist covered gallery, dating back to the Neolithic era. Only two stones remain today. Two rocks, one against the other… Or the surreal presence of two lovers forever bound by a spell? Who knows… 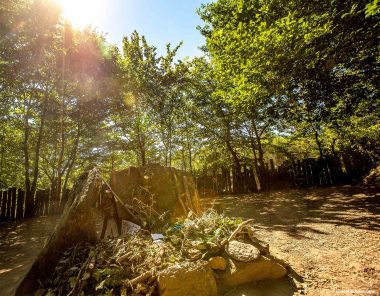 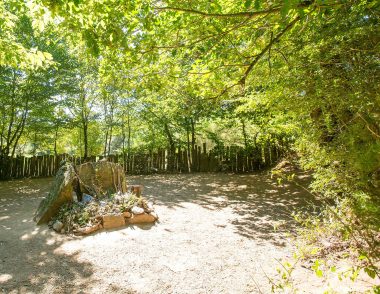 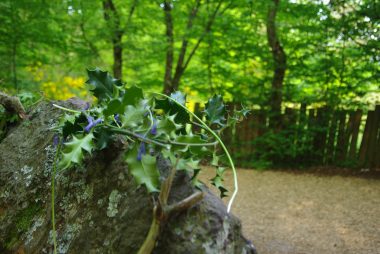