If you expected an enclosed garden with medicinal and aromatic plants cultivated by clergymen, you’re in for a surprise!

This archaeological site of worship takes its name from the legend of the “doomed stones of Tréhorenteuc”. You might hear the tale if you run into Jacky Ealet on the forest paths during one of his storytellers’ tours through Brocéliande.

For many years forgotten, buried in gorse, the monument was rediscovered by members of the association Les Amis du Moulin du Châtenay. Excavations carried out in 1983 and 1984 by archaeologist Jacques Briard and his teams, led to the full uncovering of the site. 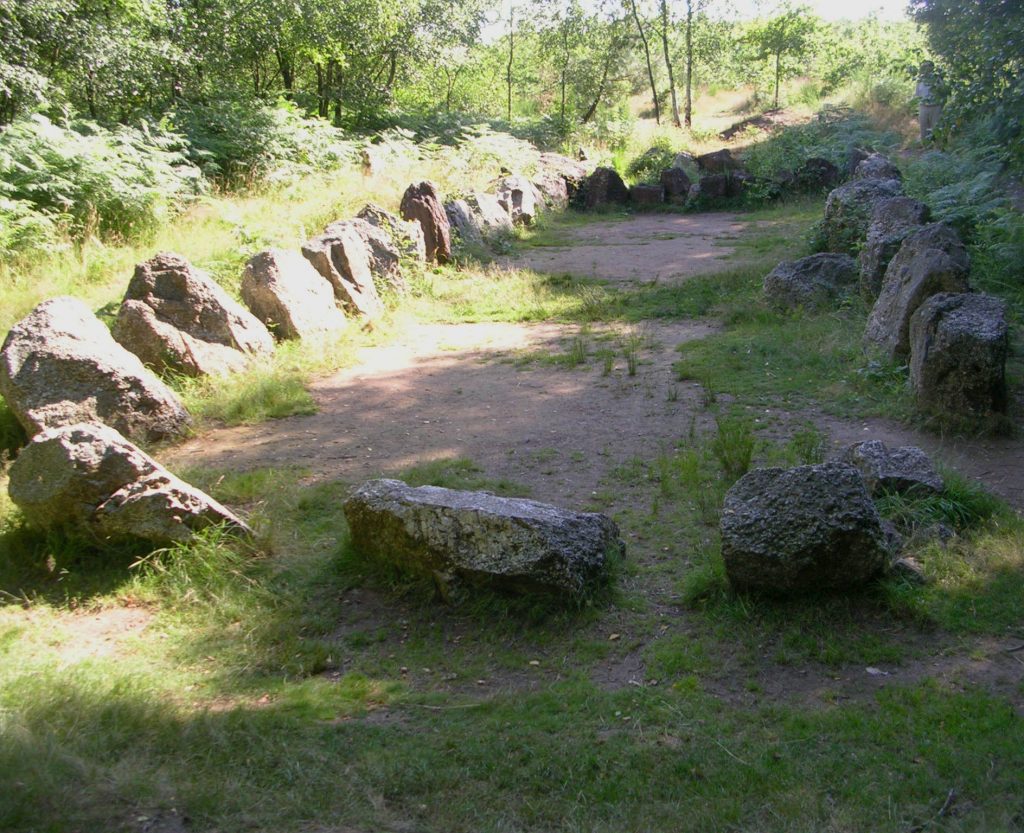 With its trapezoidal shape, the Monks’ Garden is 27 metres long on the North side and 23 metres long on the South side. The North-East part of the monument is made of very large blocks of quartz and puddingstone. These stones were extracted 2 kilometres away from the site, in the valley of Tréhorenteuc. The presence of white stones is most likely a form of ritual (as the old saying goes, “to mark with a white stone” …). There are two transversal partitions, perhaps due to successive enlargements.

Vases from the Neolithic era found outside of the tumulus confirmed that the monument was used as early as 2500 BC. The Monks’ Garden is linked to other monuments visible in Carnac (56), Saint-Just (35) or Quillio (22).